Kings County Distillery is New York City’s oldest operating whiskey distillery, the first since prohibition. Founded in 2010, Kings County makes handmade moonshine and bourbon out of the 115-year-old Paymaster Building in the Brooklyn Navy Yard. We use New York grain and traditional distilling equipment to make distinctive whiskey. Our whiskeys have won numerous awards from the American Distilling Institute, the American Craft Spirits Association, and our bourbon was recently named #2 craft bourbon by Eric Asimov of the New York Times. We only distill whiskey for our label and we never buy bulk whiskey from any other source.

First located in a 325 square-foot room in East Williamsburg, Kings County began as the smallest commercial distillery in the country, with five 24-liter stainless steel stills making whiskey seven days a week, 16 hours a day. In 2012, we moved into the Paymaster Building in the historic Brooklyn Navy Yard, just steps from legendary site of the Brooklyn Whiskey Wars of the 1860s and the former distillery district of the waterfront. With traditional copper whiskey stills fabricated in Scotland, wooden fermenters were built locally by Isseks Brothers, and a corn and barley patch at a small farm onsite, the distillery is a model of sustainable and traditional whiskey production and one of the preeminent craft distilleries in the United States. We offer tours and tastings every Saturday.

Kings County is the best place to get some of your holiday shopping done—we have a number of specialty products available only here at the distillery in limited quantities. 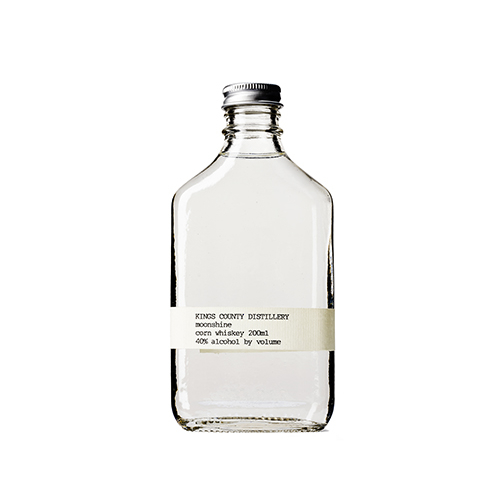 Kings County Distillery’s Moonshine is a corn whiskey made from 80% New York State organic corn and 20% U.K. grown malted barley. It is double distilled and sold at 40% abv in glass flasks. It distinguishes itself from other unaged whiskeys in that it is refined and highly drinkable, with a bright and intense flavor. While moonshine is a word that conjures a lot of fiery opinions, Kings County is clean and smooth, designed to be an excellent example of unaged whiskey. 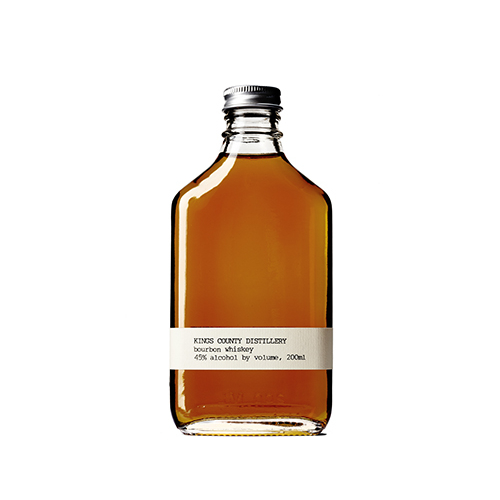 Kings County Distillery’s Bourbon is made from New York State organic corn and malted barley from the U.K., and aged in new, American oak charred barrels. It is characterized by a rich aroma of fresh corn, balanced with the sweet caramelized oak sap from small barrels. It has a very strong sweet base with flavors of vanilla and caramel, a deep molasses taste to the middle notes, and leaves a smooth finish with hints of cinnamon and autumn spices. Generally aged for two summers, this bourbon is a precocious whiskey, surprisingly robust for its age. 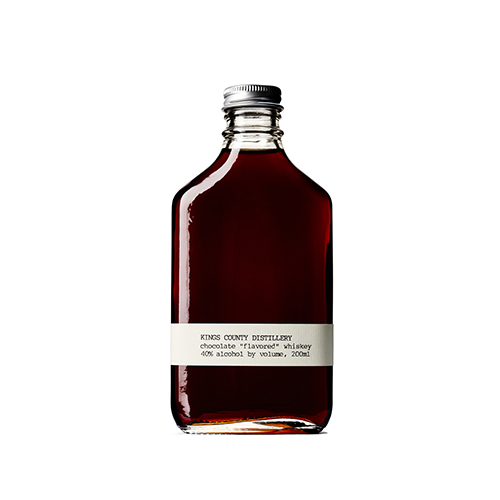 Kings County’s Chocolate Whiskey infuses our Moonshine with ground cacao bean husks from Mast Brothers Chocolate, whose factory is nearby. Bitter and surprising, this rich whiskey tastes like dark chocolate and works great in cocktails or on its own as an after-dinner drink. 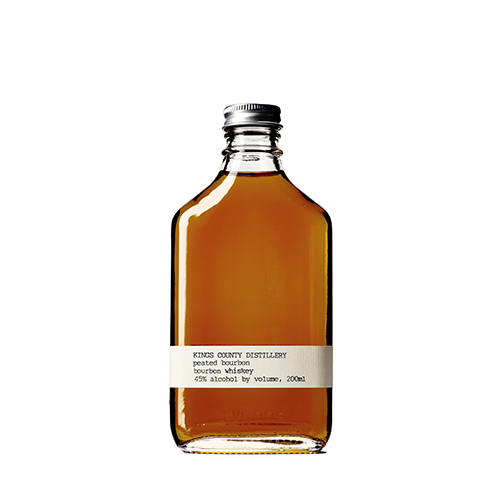 What is Peated Bourbon? It’s bourbon whiskey that conforms to the American requirements for bourbon but is made with malted barley that has been exposed to peat smoke, a practice more common in Scotch whiskies—the malt we use for the peated bourbon was even grown and kilned in Scotland. So it’s a scotch-like bourbon, flavorful and robust from having aged in a new barrel, with an added light smoky finish reminiscent of single-malt. If scotch and bourbon had a baby, this is what it would taste like. As far as we know, this is the world’s only peated bourbon and will appeal to the adventurous whiskey traveler who has tried everything. 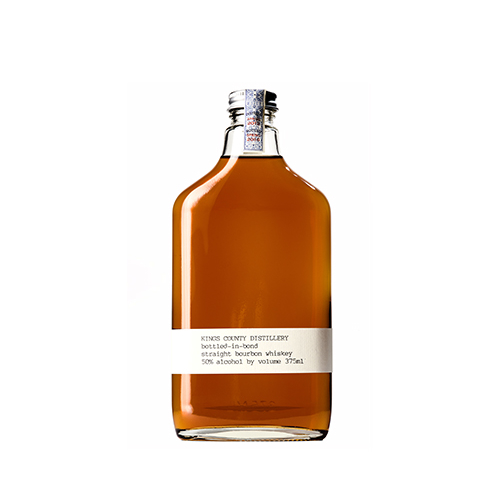 Kings County is among the very first craft distillers to release a style of whiskey that can be considered the highest class of American Whiskey. Bottled-in-Bond is a designation that refers to American whiskeys (and some brandies) that are distilled, aged, and bottled entirely at one distillery, from barrels filled in one season, by one distiller. Furthermore, the whiskey must be four years old and bottled at precisely 100 proof. In the old days, this was a way to protect the consumer from brands that were merely bottling up whiskey from other distilleries and blending or adulterating that whiskey. In an era when consumers still sometimes have a hard time knowing exactly where their whiskeys actually come from, bottled-in-bond best expresses the advantages we enjoy by making all our whiskey in-house from grain to bottle. Available at the distillery only for now, but rolling out to stores as we have it. 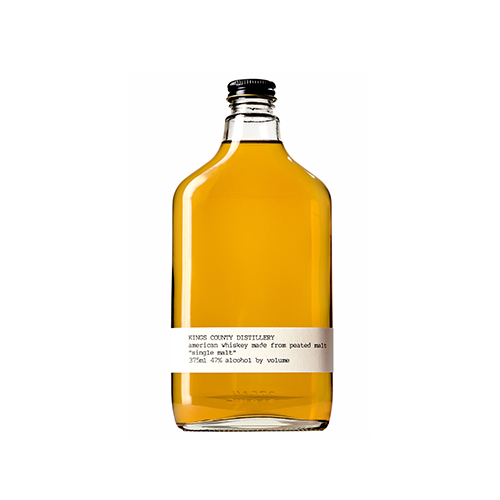 Our Single Malt Whiskey is made almost entirely like a single malt scotch—except that instead of being made in Scotland, it is made here in Brooklyn. Kings County Distillery’s single malt whiskey is open-fermented off the grain from malted barley (with a hint of peat) sourced form England and Scotland. The whiskey is twice distilled in traditional Scottish pot stills, then aged in our own used bourbon barrels anywhere from 1.5 to 4 years. With a higher post-cask strength than our American-style offerings, this whiskey warranted a higher bottling strength—47%—and so it is more potent than its palate would suggest. Dry and sophisticated, it is an elegant whiskey with notes of honey, hay, burnt orange peel, and peat. It is a perfect addition to your shelves.